The Blue Marlin fishing season for Marina Casa de Campo with 855/1,418 Blue Marlins released in 112 days of fishing, averaging in 8 billfish per day.

This year La Marina counted with the presence of over 37 U.S. fishing vessels with some of the world’s most renowned sports fishermen. Besides the traditional Therapy, Fa-La-Me, Blue Heaven, Betsy, Shoe, Ambush,  Chasin’ Tail, Shark Byte,; new vessels visited the Marina this season such as Hey Girl, Whoo Dat, Dream Time, Contango, Scandalous, Special Situation, Committed, Skin Deep, among others.

We also had the participation of vessels from Puerto Rico, such as:  Doña Lucy, Blue Bird and Borinquen.

The season heated up in January with 36 Blue Marlin released in just 10 days of fishing. Betsy, Skin Deep, Borinquen, Bandolera and the local boat Galana were fishing in January.

Formally the 2014 season started in February and closed with 22 Blue marlin releases in 12 days of fishing with 9 boats fishing.

This year the peak of the season was March that closed with a total of 491 releases in 31 days of fishing, averaging 16 releases per day. 31 boats fished in March, including Blue Heaven, Ambush, Fa-La-Me, Whoo Dat, among others.  March closed with Dream Time releasing 12/13 Blue Marlin.

April closed with 240 releases in 30 days of fishing with a total of 33 boats fishing, averaging 8 releases per day.

The 2014 fishing season for Marina Casa de Campo formally closed on May 30th, with 66 Blue marlin releases in 29 days of fishing.

Aside from Blue Marlin, the boats released 49 White Marlin and caught Mahi-Mahi’s, Wahoo’s and Tuna. Contango caught a 376 pound Swordfish on April 12th.

2015 Fishing Season will be open from February to June and the Casa de Campo Blue Marlin Classic will take place from March 17th to the 22nd. 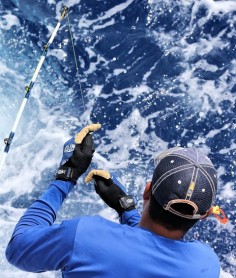 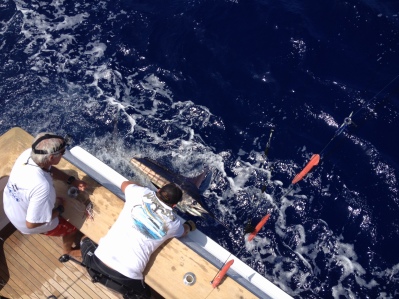 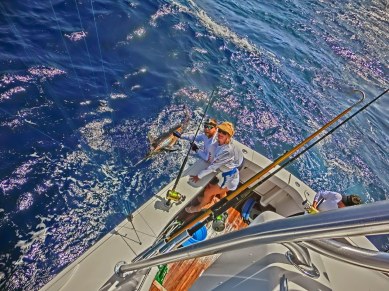 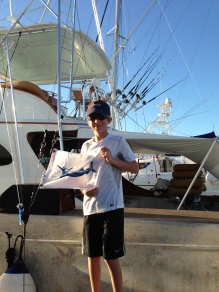 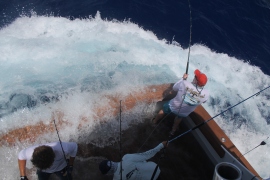 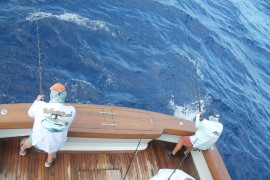 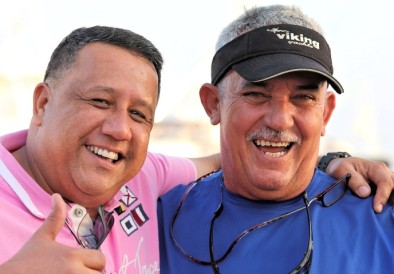 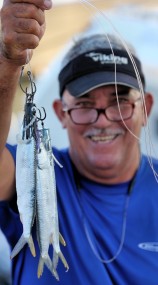 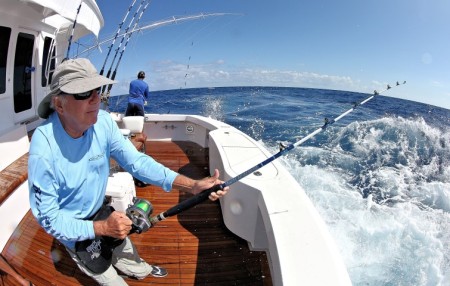 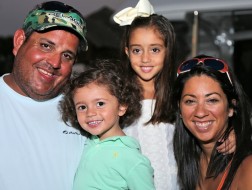 Miguel and his family. Photo By Richard Gibson

Happy? We think so. 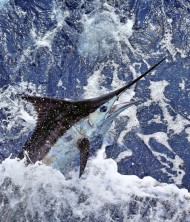 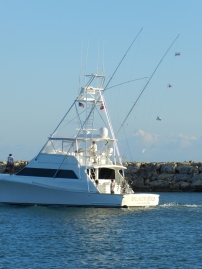 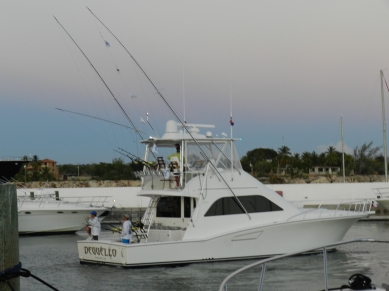 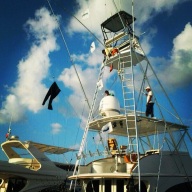 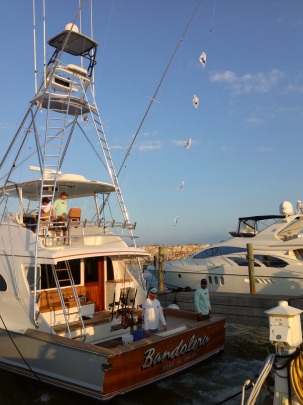 Pedro… nobody forget him!